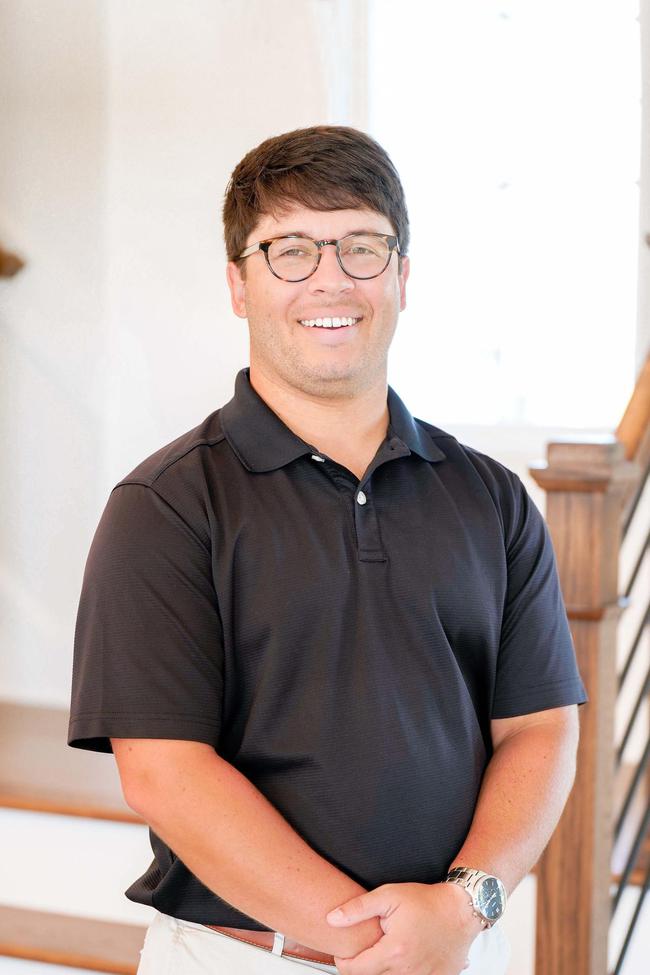 Meet Connor Fagan. Often affectionately referred to as our resident "Renaissance Man", Connor is called this because he and his family lived in France for a short time. During his high school days he took Latin, and Spanish in college.

A native of Kentucky, Connor, has lived most of his life in the Raleigh area and graduated from North Carolina State University. When asked what are he loves best about living in Clayton, he says he loves the "Norman Rockwell" feel Clayton exudes. It's an "All-American" town where people truly care about one another. Connor and his wife, Alexa also love living in their Georgia floor plan built by One27 Homes. His favorite feature about the plan is the extra large rec room.

A huge Wolfpack fan, when Connor isn't cheering for his team, you can also catch him playing ping pong in his rec room. He also loves spending time at Kure Beach with his wife, and the extended family. He's also a music lover, especially anything on an acoustic guitar.